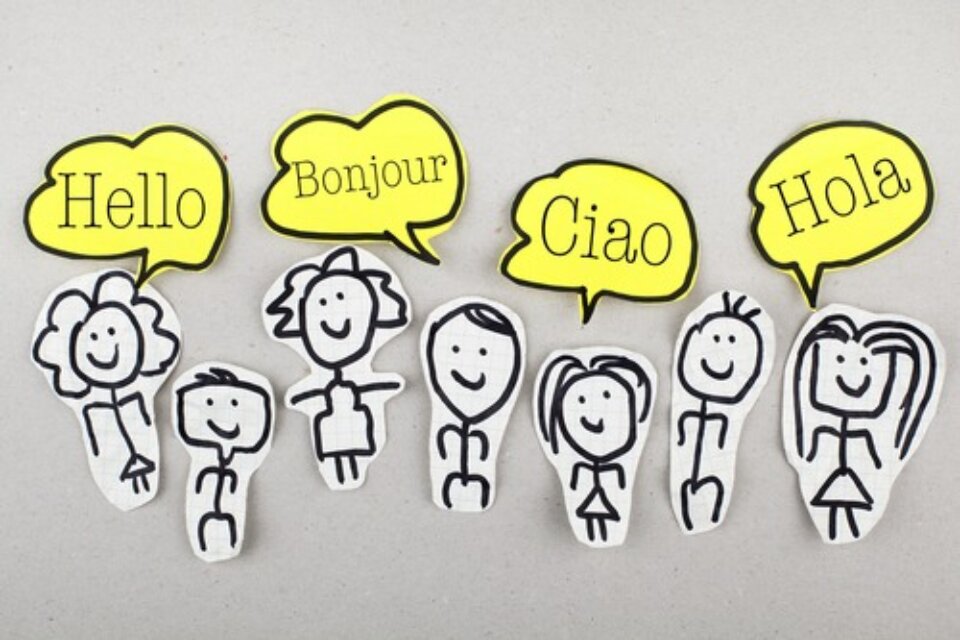 Learning a language demonstrates initiative and passion for self-improvement

“I have hired people who were not as well-qualified as other candidates because they knew another language, even if that language was not specifically needed in my organization,” says B. Max Dubroff, an HR Consultant at Einfluss, LLC, an HR advisory firm, in Albuquerque, NM.

Why? Because learning a foreign language demonstrates initiative and passion for self-improvement. And if one can learn a foreign language, they can surely learn an organization’s language, which for many workplaces, is full of slang, acronyms, and alternate definitions, says Dubroff.

Related: How traveling abroad after college can help land your first job

“Throughout my career, language has helped me make and strengthen relationships,” says Dubroff, who is conversant in German and learning Spanish. Dubroff retired from the U.S. Air Force, having specialized in security, law enforcement, and anti-terrorism. He is the former Chairman of a non-profit board and a former Commissioner. His education includes a Bachelor of Science in Psychology and a Master’s in Human Resources and he has earned senior-level certifications in Human Resources from HRCI and SHRM.

“I have never had a job where language was required, but I have always had everyday events that benefited from this understanding,” says Dubroff. “I was twice selected for awesome opportunities in the Air Force and my understanding of German was a factor in me being chosen over other very well-qualified people.”

Mastery of a foreign language can also be an indicator of leadership capability and style, adds Dubroff. “In many ways, language is the study of interactions; if you value language, you are also more likely to value other people,” says Dubroff.

You stand out among peers if you have other language skills

Recent college grads with foreign language skills often stand out among peers with similar skill sets, experiences, and degrees. While it may not be listed in a job ad, the value of fluency in foreign languages can be a “signal” factor for a candidate as they are compared to others with similar experience and college preparation, says Bettyjo Bouchey, an Associate Professor and Program Director of Undergraduate Business Programs at National Louis University in Chicago, IL.

“If there is a direct need for a company, foreign language skills could be the deciding factor in a screening process,” says Bouchey. “Without a direct need, however, it is a signal to a future employer that this candidate has an interest and sensitivity to multicultural issues and is interested in developing themselves outside of their primary vocational aspiration. It is a signal of a well-rounded prospective employee; someone that is interesting.”

Bouchey, who is also a career coach, advises students and recent college grads to highlight these types of signals in their cover letters and on a resume understanding this foreign language skill, or signal, can set them apart from those that do not possess them.

“As someone who has recruited and hired hundreds of employees over the years and also one who researches employer selection processes, signals vary by recruiter, but this is one that catches someone’s eye and sometimes that is all you need to get your foot in the door,” says Bouchey.

Need more proof? See a host of reasons why employers are attracted to language skills

Auburn University’s Department of Foreign Languages and Literature lists Twenty-five Reasons to Study Foreign Languages. Among them is this fact: Four out of five new jobs in the US are created as a result of foreign trade. This list includes these additional traits that are attractive to employers:

According to the OfficeTeam 2017 Salary Guide, professionals can earn up to 12 percent more for U.S. administrative jobs if they have expert multilingual abilities. Spanish is typically the most requested language, but fluency in others can be requested depending on location.

“Bilingual or multilingual skills are a plus in many industries, especially for public- and customer-facing positions,” says Brandi Britton, district president of OfficeTeam.

As organizations become more global, language ability is crucial to recent college grads seeking to advance in their career. Since organizations can’t foresee every project or program, they usually track employees’ language ability so they have people to choose from, if needed.  This opportunity could open doors for an unforeseen opportunity.  For example, company X is considering a potential partnership with a firm in France, so they consider employees who know French to add to the core team of experts, says Dubroff. Another recognized benefit in the global economy is the heightened awareness and understanding of culture that accompanies language ability.  This can be a key differentiator for a company to stand out among its competition (marketing, sales, and service).

When interviewing, be ready to prove your skills

But if you have fluency or basic knowledge of a language, be prepared to prove it. That person conducting an interview may speak the same language and test job seekers during an interview.

Dubroff has interviewed several people who claimed to be fluent in German, so he suddenly changed from speaking English to German. “This not only helps me understand the level of their language ability, it also helps me learn how the person responds to unexpected change in a moderately stressful situation,” says Dubroff.

How should recent college grads list and reference language skills on a resume, cover letter, job application and/or during an interview? Don’t just list a language, list a way understanding this foreign language has helped develop a skill set or solve a business problem. Think: What did I gain from that language experience that in general is going to make me a better worker? Show that in your application material. On a resume, language skills fit well in the list of key skills. It is best to describe the level of capability without overstating it. A person who says they are “fluent” but has never used it outside the classroom loses credibility, says Dubroff.

Good descriptors include “native” and “bilingual” at the high end, “professional working proficiency” or “conversant” in the middle, and “elementary” or “novice” for beginners.

Employers value foreign language skills. Recent college grads should be sure to use that to their advantage when applying for internships and jobs.

Seeking a career where foreign language skills can make an impact? Register with College Recruiter to get the latest jobs emailed to you! And don’t forget to follow us on Twitter, LinkedIn, Facebook, and YouTube.