Preparing young women for gender inequality in the workplace 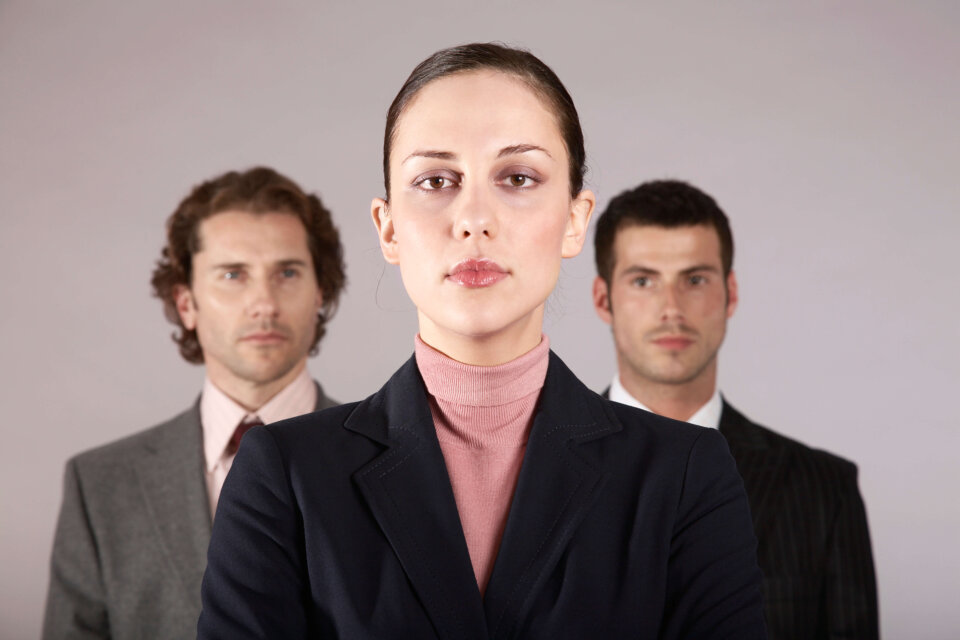 Preparing young women for gender inequality in the workplace was originally published on College Recruiter.

Career Resources Specialist Laveda Joseph has been noticing that at Wake Technical Community College, her female students are often unaware of the gender inequality that exists in the “real” world. Despite recent momentum toward equal pay, and the #MeToo movement, Joseph doesn’t see awareness increasing on campus. Anne Tomkinson, Senior Manager of Human Resources and Operations at D.C. Public Charter School Board, shares Joseph’s passion for helping young women prepare for the realities of the workplace. That’s not to say they accept status quo. On the contrary—the advice they share here should help young women advocate for themselves, build their confidence, and understand how to react when faced with inequality.

Tomkinson grew up in the 1970s. The women’s movement was well known, but there was still a long way to go in terms of gender equality. She recalls an experience she had as a bank teller in the 1980s. Her female manager said to her one day, “You could be one of our top employees, but you just don’t go that extra mile. You never clean the refrigerator, you never wash out the coffee pot, and you never clean up.”

In order to be that top employee, Tomkinson started taking on these tasks even though she hated cleaning. She wanted to prove to her manager that she was a team player.

It took Timkinson a long time before she could really express how wrong that was. She was a bank teller; her job was to count money, not clean. Her manager had never asked any of the male tellers to clean out the refrigerator. They never had to clean up others’ messes in order to be a ‘top employee’.

This kind of thing still happens all the time today. Tomkinson admits, “Even knowing what I know now and in the climate that we are currently in, I think it would still be hard for younger me to say, ‘Is it in my job description? Are any of the men being asked to do this?’”

It is so important to realize the difference between when you’re being a team player and when it is a gender inequality issue. To be a team player, you do have to contribute. Sometimes this means going above and beyond your job description. It would be completely different if everyone took turns cleaning out the refrigerator. Then you should clean out the refrigerator without complaints.

Joseph recounts the time she worked for a small training development company. Overall, it was an amazing experience for her. However, one client in particular at a company she was assisting made her lose her mind.

This client never took Joseph at her word. Every conversation she had with this client would include getting her male coworkers to come in and repeat the exact same thing, but of course, this time the client would listen to the recommendation.

Joseph was extremely limited by this. The project took so much longer than it needed to. Every decision she made was second-guessed. She consistently had to have her boss come into meetings, simply so this client could hear a man say the exact same thing she would. The client needed to know a man was a part of the project.

Thinking back, Joseph said, “I should have had a conversation with my boss directly. I should have had him step out and not allow that client to have so much power.” Even though Joseph was doing an amazing job with the international clients, she thinks that her boss might’ve felt like he couldn’t step out since she was new in the role.

Even when men think they are being allies, sometimes they need to go further. By her boss joining in on the meetings, he played along with the gender bias held by the client. Joseph’s boss should have said to the client, “If she has a problem she’ll bring it to me. She knows what she has the authority to commit us to and I trust that she can take the lead on this. You can work with her, she has my full confidence.”

Surprisingly even with all the movements going on, awareness of current gender related issues isn’t building in the community college sector. It is heartbreaking for Joseph to have to bring reality to the table. She tells young women, “You have to advocate for yourself. You have to negotiate, if you don’t, you won’t get what you need.”

One of the most common statistics we hear today about job seekers is that men apply to jobs when they meet only 60 percent of the qualifications, whereas women only apply if they meet 100 percent. To combat this, Joseph asks female students why they aren’t applying for a job when they are more than qualified.

Women often point out one or two qualifications that they don’t meet. Joseph then asks them, “Can you do the job? Do you have the skill set to do this?” More often than not, they answer yes. She then says to them, “Then why not apply?”

For women to be able to have equality sometime in the future, they need to start negotiating and self-advocating. If you know employment laws about diversity and inclusion beforehand, you will have a higher chance of succeeding.

This is a big reason why Joseph started looking at what colleges and universities were doing to help bring awareness of the current employment environment.

Some words young women use too often are: sorry, like, I think, I was wondering. Be more confident in your ideas. Don’t undermine your value. Take a compliment when it’s given. Stop giving disclaimers before or after making a statement. Give more no’s and fewer yes’s. Stop just trying to be a people pleaser; get what you want. Stop giving everyone the benefit of the doubt before they’ve earned it.

You compromise one time and it doesn’t seem like a big deal, but it is. There’s a domino effect on the rest of your career. Tomkinson says that when she tells someone that a decision is going to affect the entire rest of their career, they can’t internalize that. The rest of their career is 20, 30 years from now; it is too nebulous. They think there’s time to correct course, but sometimes you can’t really go back and fix it. You’re never going to gain all of the ground that you’ve lost.

“It is more than okay to stand your ground and get what you deserve,” Tomkinson encourages, “You don’t have to settle without a fight.” Excuses like “I’m afraid” and “It’s really hard” need to go.

Many young women speak with an intonation that gives off the impression of low confidence. They finish their sentences like a question. Are you answering or asking? In an interview, you need to describe your skills, not ask them.

Women need to look inside themselves to see their own leadership potential. Recognize that if your leadership qualities don’t match your current CEO or your parents’ CEO, that’s not necessarily a bad thing. What is needed in leadership today is different than what was needed before.

Women need to have a mentor to lead them in the direction of growth. Too often we try to fit women into a box that’s designed for men. We need to create a new box that’s designed for women and today’s business environment. Tomkinson points out that, “In many ways, businesses today are run in ways that traditionally were thought of as feminine traits.”

Unlike the collaborative nature of today’s business models, businesses used to be run strictly top down. The top level gave the orders, and the next level made the bottom level carry it out. That isn’t how the world works anymore.

Tomkinson makes an important point, “As the access to information grows with the evolution of technology, so does the employee’s ability to question. Businesses are therefore less able to take advantage of workers.”

Authentic leadership to Joseph is someone who is able to give assertive, clear messages. She emphasizes then need to “invest in the environment you’re trying to create. Then, produce results both for the company and for the team.”

Joseph uses her current boss as an example of an authentic leader. Joseph explains how great her boss is at identifying strengths. Her boss will say, “Here’s what you’re good at, here’s what you need to work on, and here’s how I’m going to help you do that.”

If you think there might be gender bias influencing someone’s treatment of you, you need to go to somebody you can trust. If your HR team is made up of people you trust, Tomkinson encourages you to go directly to them. Go to someone outside of the company if your HR team is not made up of trustworthy individuals.

This is when mentors are so important. Whether they are inside or outside of the workplace, you’re looking for someone who will help you to be a professional woman. Tomkinson recommends finding someone that’s ‘been around the block a bit’. Someone who is balanced and reflective and isn’t going to jump too quickly to “they’re being unfair”, nor are they never going to jump.

You need a mentor that will ask you the hard questions and help you get there on your own. Someone who will back you up and strategize with you on what you should do if you find that there is a gender inequity. Someone who will help you figure out how to address it.

It’s very difficult to separate systems and who you are, all the intersectionalities of who you are: a woman, young, and an entry-level employee. All of these things are all true at the same time and it is helpful to have someone in your life that will hold up a mirror. Someone that will ask you the questions that will help you find the truth in a situation.

Joseph strongly encourages having an expert or a community to support you. Have that person who can support you and knows the information necessary to deal with these injustices. “For me, knowledge truly is power,” Joseph states. She emphasizes the importance of knowing employment laws. It will empower you for the process and allow you to navigate difficult situations.

Equip yourself and stand for yourself. Lay out the facts and remove emotion from the situation.

“It takes a little bit of self-awareness,” Tomkinson explains, “if the interview goes in a direction you didn’t expect and your initial thought is ‘that wasn’t fair’, you might need a little bit of a reality check.”

It’s walking that fine line of knowing that it happens, but not everything is that. Maybe it had nothing to do with bias, maybe you just really were not the right person for the job.

It is very important to know what a good hiring process looks like, know what red flags are, and who you can go to for help. Depending on the red flag, you might respond in different ways.

Sometimes the red flag is “I’m being discriminated against and I’m going to fight it,” and sometimes it’s, “This experience made me realize that I don’t want to work for them, but it wasn’t blatant enough to sue over.”

Even if the latter is true, you don’t have to completely let it go. You could send them an email. Will they read it too? Will they do anything with it? Who knows.